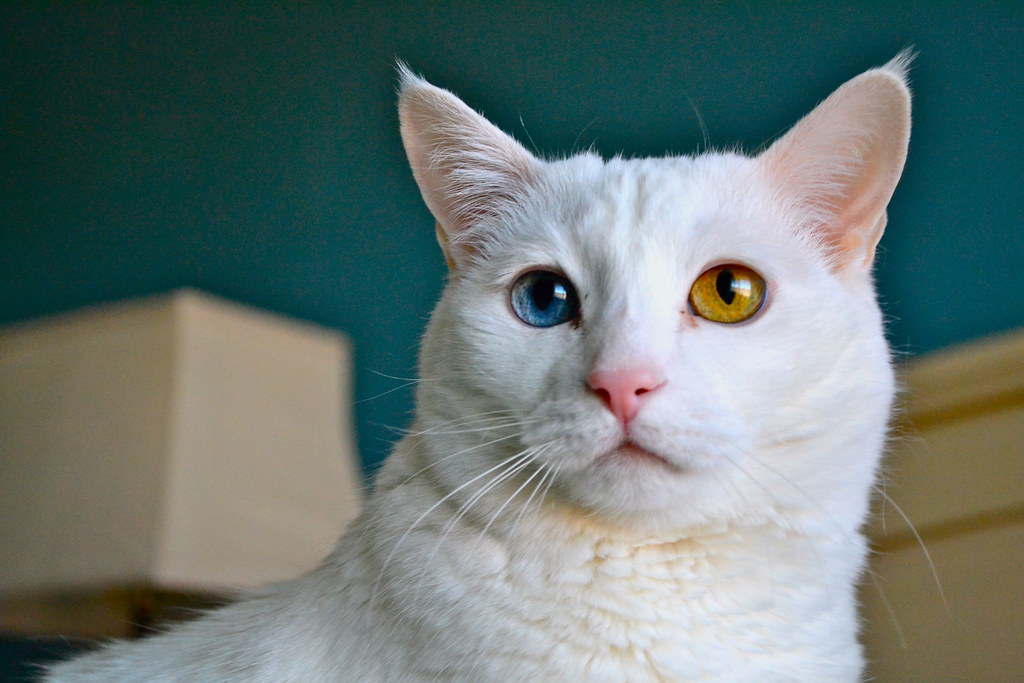 Ever seen a cat with two different coloured eyes? This unique and beautiful feline feature is caused by a condition called Heterochromia. There are two types of Heterochromia in cats:

What causes Heterochromia in cats?

All kittens are born with blue eyes and Heterochromia is caused by a lack of melanin reaching the iris during their development. It does not impede their vision and is generally harmless.

Heterochromia is found in many different cat breeds but is more prominent in cats lacking melanin. You can see it mostly in white coat Domestic Shorthairs, Turkish Vans, Turkish Angoras, Persians and Oriental Shorthairs. 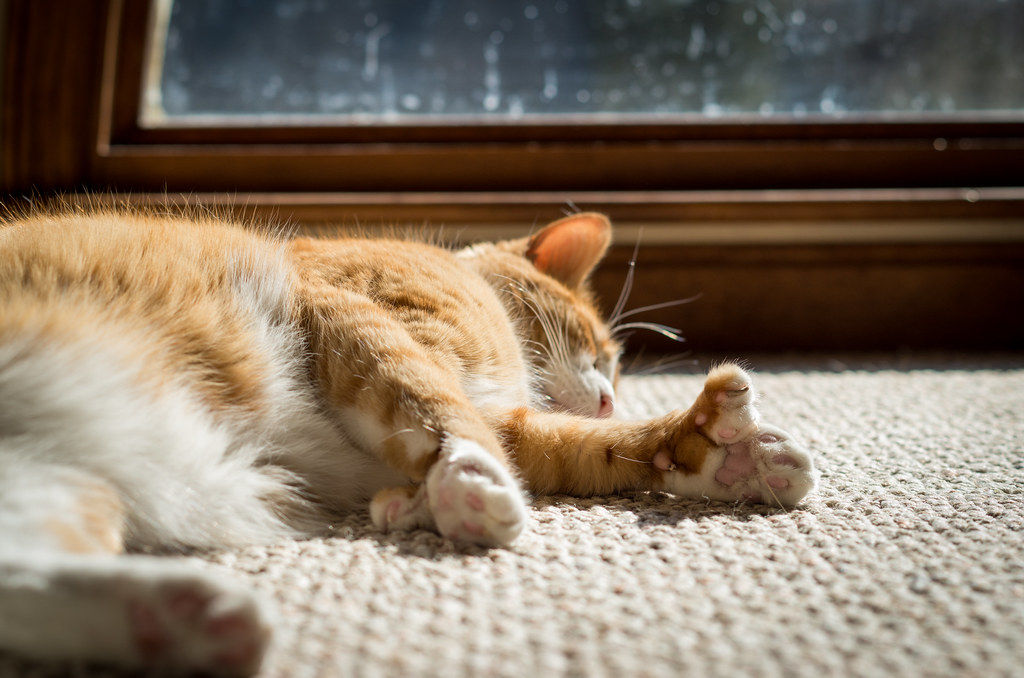 This one's all thumbs...

Cat’s normally have 18 toes (five on the front feet and four on the back feet) but polydactyl puddas display extra toes on each of their feet. Sometimes this can make their paws look like they have thumbs, like the picture above, and sometimes they just look like overly wide feet, until you sneak-a-peek at the extra toe beans underneath!

What causes Polydactylism in cats?

Polydactylism in cats is caused by a dominant gene that gives them extra toe beans on their back and front feet. It’s generally harmless and doesn’t cause them any problems.

Thanks to breeding, Maine Coon cats are more likely than any other to have polydactylism but the genetic mutation that causes kitties to have extra toe beans can occur in any breed of cat. There are North American cat breeders that are developing polydactyl cat breeds, but they are not yet officially recognised. 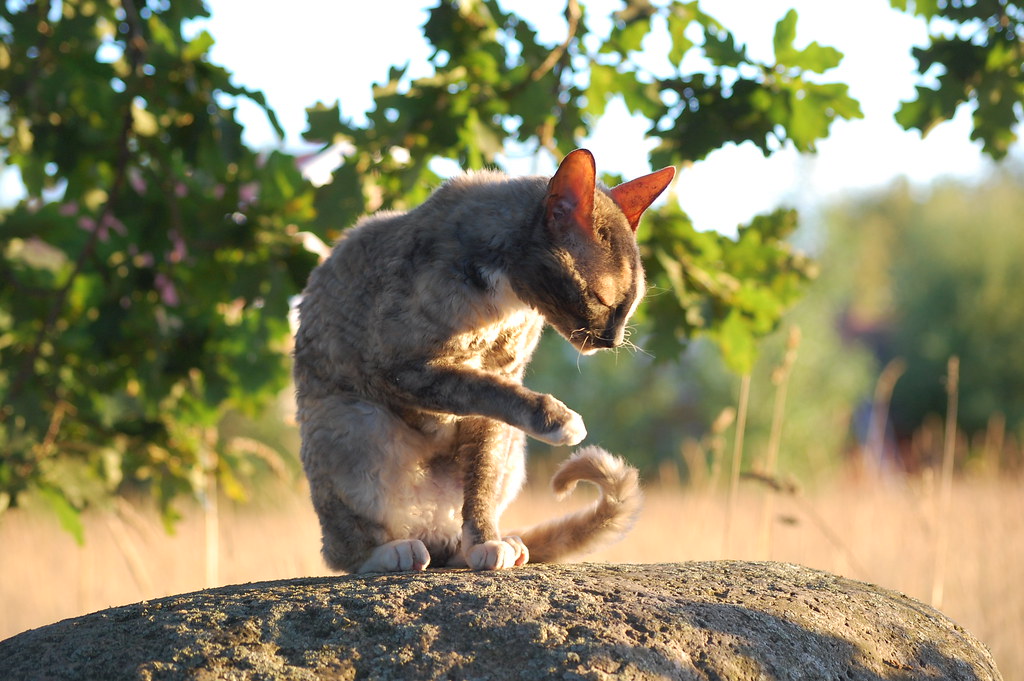 From the curly shorthair crop of the Devon Rex to the longhair wave of the Selkirk Rex, curly haired cats are quickly becoming popular pets for cat lovers who want a quirky cute kitty.

Curled hair in cats is created by a dominant gene.

There are four cat breeds that display this feature - the pixie-like Devon Rex, the elf in disguise Cornish Rex, the adorably dishevelled Selkirk Rex and the impossibly fluffy LaPerm. 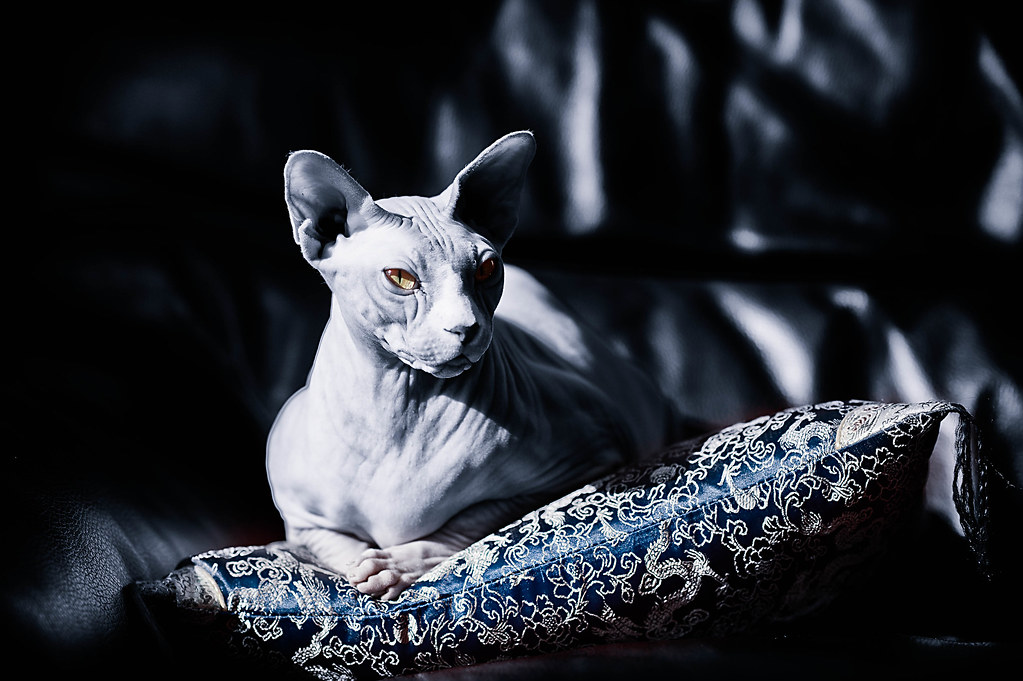 The most popular hairless cat breed, the Sphynx, can trace their fur-mily back to one wrinkled ancestor from 1966, the aptly named Prune.

Genes are responsible for these nudies. In the Sphynx breed, a recessive gene that is present in both parents can produce a hairless kitten. In the Peterbald cat breed it is the presence of a dominant gene that dictates the baldness of the litter. The hairless title these breeds carry can be misleading, as each of the breeds has hair, from a light smattering of peach fuzz to a velvet like short coat.

Which cat breeds are hairless?

Hairless cats come in a few different recognised breeds - the Sphynx, the Donskoy, the Ukranian Levkoy and the Peterbald. 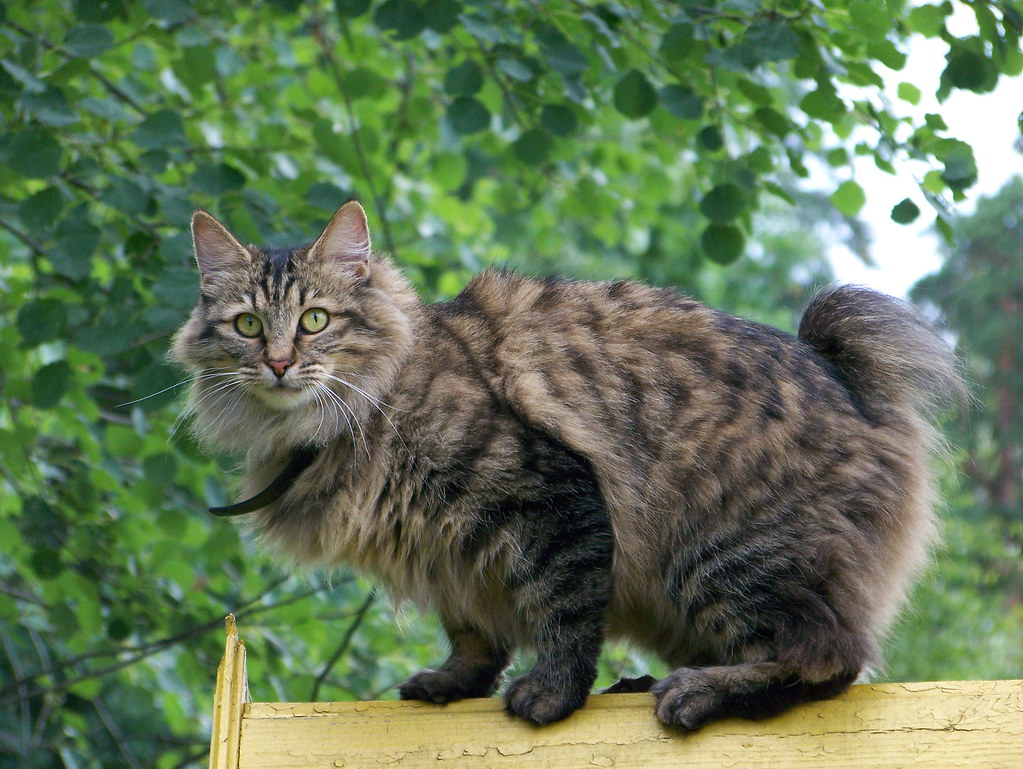 Short and no-tailed cat breeds are caused by a natural gene mutation. Breeders have selectively developed these naturally occurring features into the recognised short tail breeds we see today.

Which cat breeds are short talied or tailless?

There are quite a few cat breeds that have a short tail or sometimes none at all. These include the American Bobtail, the Pixie Bob, the Japanese Bobtail, the Manx and its longhair version, the Cymric, the Highlander and the Kurilian (pictured above) cat breeds.

No matter what feline features your kitty displays, most cats fall into one of five different personality types. Get to know them here! Keep your pretty puddas safe and happy with one our fur-bulous cat enclosures, purrfect for cats with any number of toe beans, any kind of tail and any kind of coat!